With their secretive poetic lore and even more mysterious pantheon of gods led by Odin the All-Father; Thor, the great Hammer-Striker; Loki, the Evil One, and Heimdal, the Cosmic Horn Blower, it is almost impossible not to love the Vikings.

But there are even more fans of the multi-faceted yoga systems devised by the ancient Hindustani in India more than five thousand years ago.

Steven A. Key makes the case that transcendental yoga has not only endured over the millennia, but that it has traveled in different forms of spiritual or religious expression in The Secret Yoga of the Vikings.

Drawing on the writings of Joseph Campbell, the famous mythologist who hinted at a link between the cultures of the Eastern Hindus and the Northern Vikings, as well as other great thinkers, the author shows that yoga has influenced Buddhism, Christianity, and yes – even the tenth-century Vikings.

Discover how a spiritual cult of anonymous Odin warriors who died long ago was likely responsible for the writing of the Poetic Edda itself as well as the role transcendental yoga played in the life of the Vikings.

Steven A. Key, in a former technological life, had a career taming the largest computer systems in the world—those mysterious mainframes. Now, he writes mysterious books.

As a deep-researching computerist and technocrat, he was readily primed to combine his investigative skills with his deep personal interests in all things pertaining to body-mind and spirit. Combining unique approaches to neuroscience, psychology, consciousness, and ancient history, Steven created the New Muse Book Series.

His initial book, The Vikings Secret Yoga; The Supreme Adventure, is the first book of its kind in that it reveals the hidden Yoga of the tenth-century Norse poets. 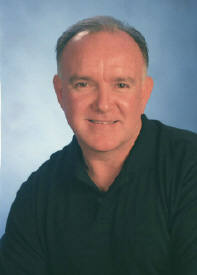 Mystic Universe – The Colors of Mind in the Garden of Knowledge

Mystic Universe - The Colors of Mind in the Garden of Knowledge Astonishing Answers to Universal Questions. Ancient and Modern Discoveries of Self....

END_OF_DOCUMENT_TOKEN_TO_BE_REPLACED

Ancient Shock In this provocative book, Steven A Key probes the DNA potentials of our long ancestral past, with startling results. Modern humans,...

END_OF_DOCUMENT_TOKEN_TO_BE_REPLACED

How To Be Immortal - The Adventures of King Gilgamesh and the Wild Man As with The Vikings Secret Yoga, the books of The New Muse Series always...